It’s been just over 3 months since the GROW team returned from Nepal, and we’ve been anxious to check in on life in Rayale. When working with the child clubs at the Bhalchandra School and Shree Shanti Niketan, one of our main focuses was designing goals with the children that they could work towards and accomplish even after we had left. Sustainable solutions are a fundamental part of PHASE Nepal’s mission, and therefore the GROW team hoped to brainstorm self-sufficient yet attainable projects for the students to tackle this year. Because we were working with such incredibly driven and creative kids, we were never worried about the fate of the child clubs after our departure!

Thanks to Facebook, receiving updates on the latest happenings at Bhalchandra School is just a click away. Binod, an English teacher and the adult coordinator for the school’s child club, was more than happy to share both stories and photographs of some of the great work the Bhalchandra School Creative Child Club has completed in the short time since we’ve been gone. He told me how proud he was of their work, and it’s easy to see why! Here are some of the inspiring and innovative programs that the students have organized: 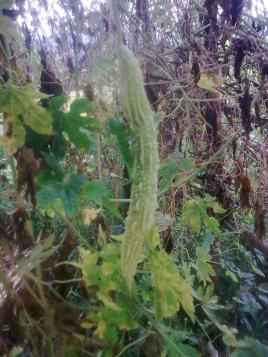 We’re so lucky to be working with schools in Rayale that have such passionate children and adults, like Binod, supporting both GlobeMed and PHASE Nepal’s missions even when we aren’t able to be there with them. It’s great that we are able to keep in touch over Facebook and share in their success. Binod also described his hopes to implement a special management committee for the child club that would provide funding and adult assistance with programming, so we’re sure that we will only hear of bigger and better things from the Bhalchandra School Creative Child Club in the future!

Nick James Macaluso is a senior majoring in Biology and Environmental Studies.  He is a member of the Campaigns team.